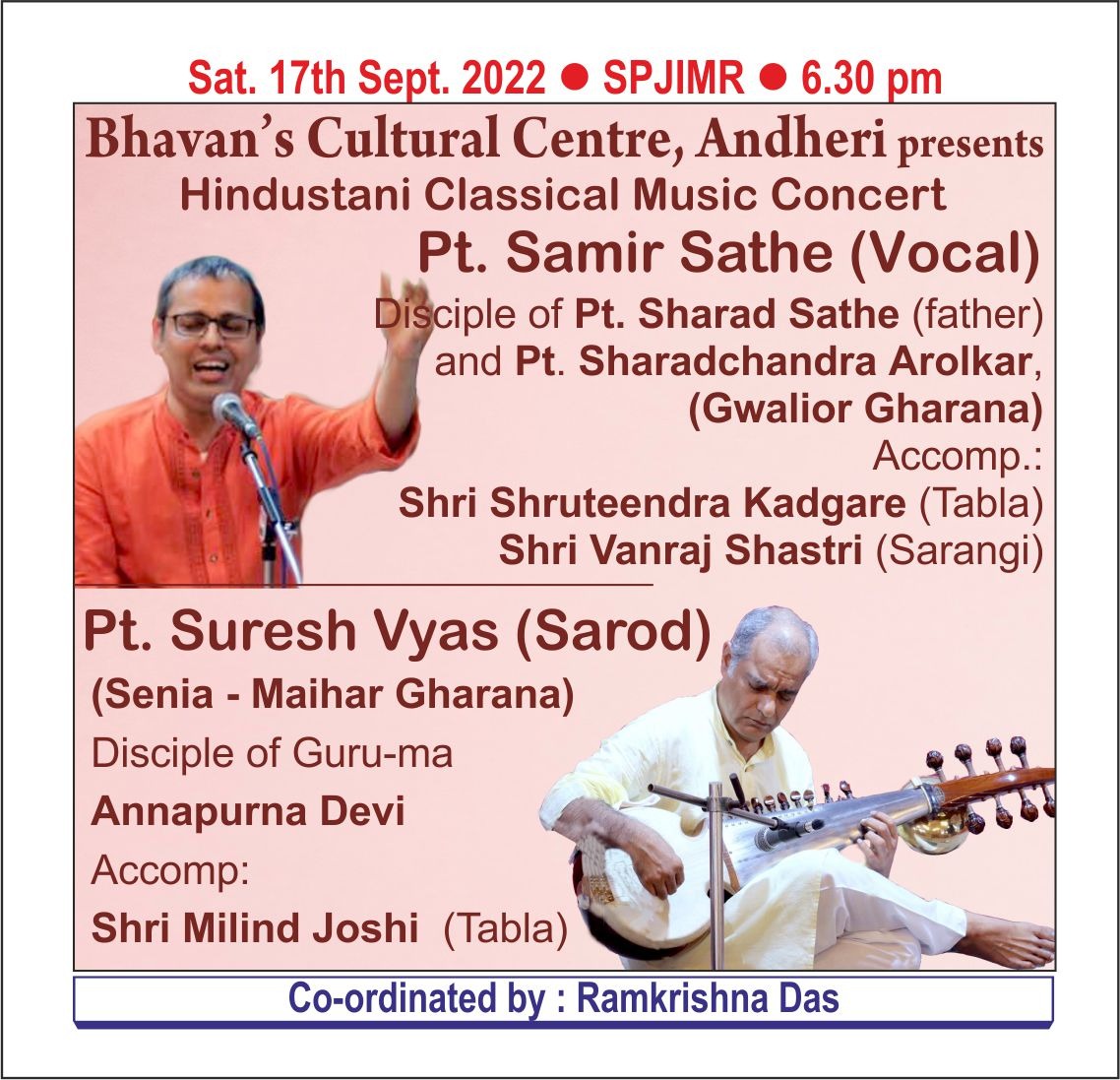 Shri Suresh Vyas is a professional musician playing Indian classical music on the sarod. He is a disciple of Guru-ma Annapurna Devi, daughter of Ustad Baba Allauddin Khan, who is the founder of the Senia-Maihar gharana. He carries forward the tradition of the Maihar gharana through his performances, lectures and teaching.

Shri Suresh Vyas has performed at several venues all over India. His performances reflect the meditative Dhrupad style of the Senia-Maihar gharana. He is involved in teaching many students in India and abroad in the traditional one-on-one, guru-shishya system. Teaching lessons are conducted face to face in person or on-line. He conducts lecture-demonstrations and masterclasses on music. He is fluent in explaining the intricacies of his music in both, English and Hindi.

He has also been involved in research projects such as a radio program on Maihar gharana, and an audio-visual on the life of Ustad Baba Allauddin Khan. Shri Suresh Vyas is a pupil of Guru-ma Annapurna Devi since 1985 and began learning the sarod from Ustad Dhyanesh Khan in 1982. He has a bachelor of science degree in physics. Earlier he studied vocal music with Pandit Govind Prasad Jaipurwale and Pandita Neela Nagpurkar. He has trained in tabla with Pandit Taranath Rao and Pandit Jagdamba Prasad.